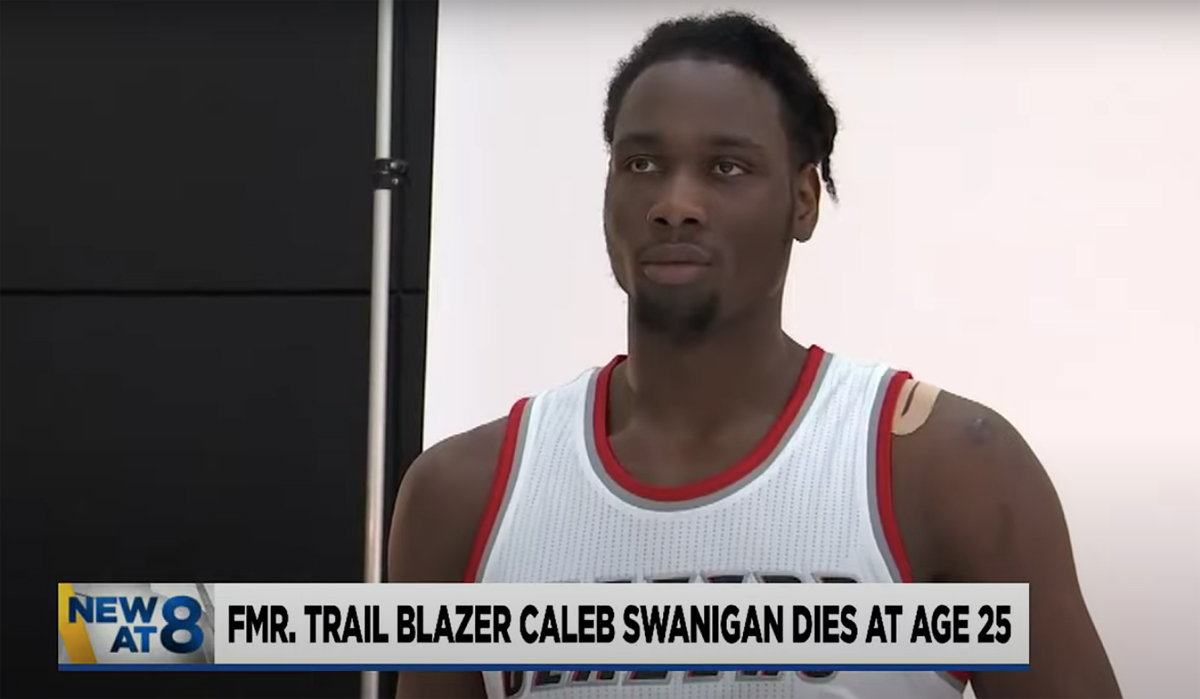 The 25-year-old basketball star died of “natural causes” on Monday night at a Fort Wayne hospital in Indiana, according to the Allen County coroner’s office.

The young athlete came from unstable beginnings as his father struggled with drug addiction and obesity, leaving his mother to balance providing for six children. They often relocated between Utah and Indianapolis, and during this time they experienced homelessness. By the age of 13, Caleb had lived in five different homeless shelters and had attended thirteen different schools.

What a difficult upbringing for a child to go through!

This was until he was adopted by ex Detroit Lions linebacker Roosevelt Barnes, who was contacted by Caleb’s older brother, Carl Jr., in an attempt to get his inherited weight issues under control (Roosevelt had previously served as a basketball coach for Carl Jr. in the Amateur Athletic Union).

Roosevelt, on the topic of Caleb’s adoption, explained to the New York Business Journal in 2017:

“I would tell him, ‘You are going to be the best college forward in the world.’”

Caleb, with the help of Roosevelt, was able to turn his life around and eventually played college ball for the Purdue Boilermakers, and ranked in ESPN’s top prep players in 2015. He went on to rack up accolades during his college run, setting the record for being named Big Ten Freshman of the Week three times at Purdue, which had never been done before. Additionally, he was awarded National Freshman of the Week.

Sounds like he really made good by his adopted father’s word!

Standing at a whopping 6’9,” Caleb was drafted in a first-round pick of the Portland Trailblazers in 2017 where he played a combined three years in the NBA, including his run with the Sacramento Kings. The balling legend had not actively played in the NBA since the latter portion of the 2019-2020 season, but he still managed to leave a lasting impression on his fellow players, with many pouring in support and tributes in the wake of his death.

“Devastated. Our thoughts and prayers to Caleb Swanigan’s family and friends. The world lost a gentle soul last night. Love you Biggie.”

Our thoughts and prayers to Caleb Swanigan’s family and friends. The world lost a gentle soul last night.

“My thoughts and prayers to Caleb Swanigan’s family

What a truly heartbreaking end to such an inspiring story of perseverance in the face of adversity. Our thoughts are with the Swanigan and Barnes families! R.I.P.