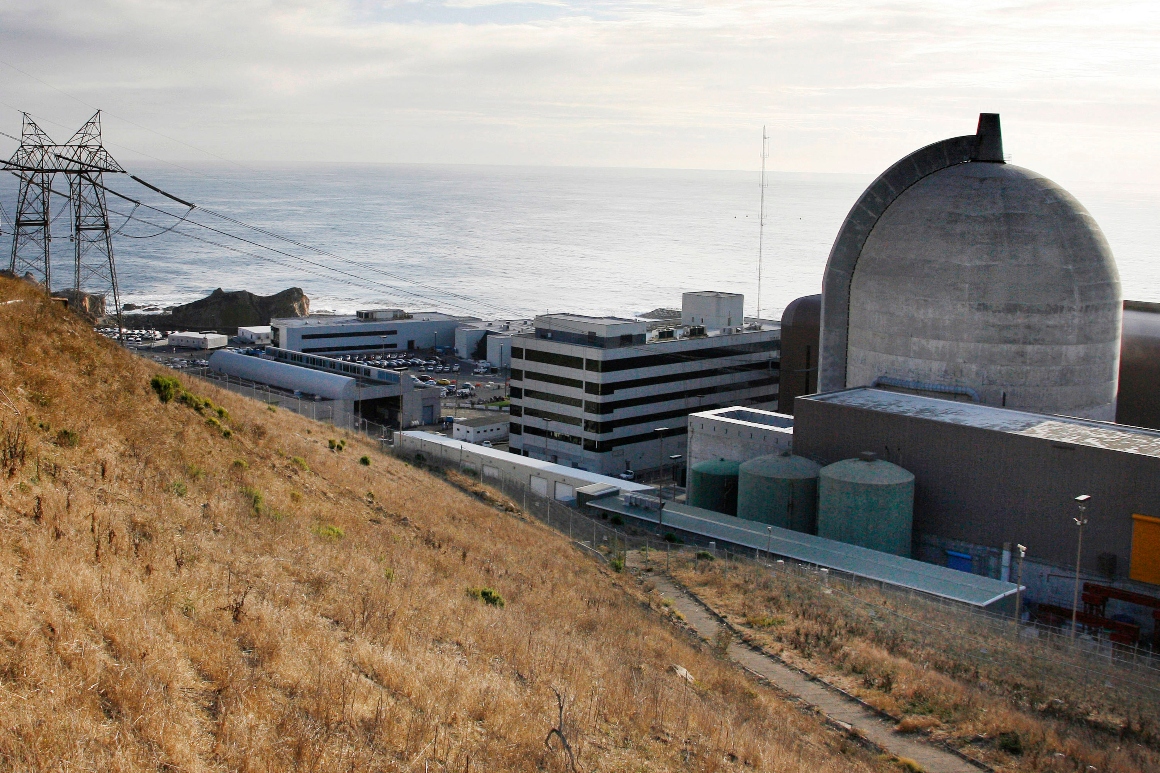 Energy from Diablo Canyon, the governor said Wednesday, does not produce greenhouse gases and is needed to cover gaps in the grid as the state transitions away from fossil fuels.

“This is critical in the context of making sure we have energy reliability going forward,” he said in a speech addressing the looming heat wave.

Extending the life of the plant, he said, is a critical component of an energy and climate package that he sent to lawmakers in the final weeks of the session. It includes measures that would turn the goal of carbon neutrality by 2045 into a state law; the establishment of buffer zones of 3,200 feet between new oil wells and schools and homes; and new regulations on carbon capture technology.

Diablo Canyon, the governor said, is essential to the state’s ambitions to lead on climate issues. “That energy does not produce greenhouse gases. That energy provides baseload and reliability and affordability that will complement and allow us to store all the of the green energy that we’re bringing online at record rates.”

The bill Newsom requested would authorize a $1.4 billion forgivable loan to the plant’s operator, Pacific Gas & Electric, and extend its operations for five years, to 2030. The plant provides nearly 10 percent of California’s energy.

“What we’re trying to do is avoid the rolling blackouts,” state Sen. Bill Dodd, a Napa Democrat who co-authored the Diablo Canyon extension legislation, said in an interview. “These are things that have plagued us. If we don’t do this, we stand the risk of having significant cost increases.”

Environmentalists, who worked for years to close the plant along the seismically active Central Coast, are fighting the extension, and it is uncertain whether the administration can get the required two-thirds votes in the state Senate and Assembly.

Despite their opposition, Newsom said the state has little choice but to act given the severity of the climate crisis, which he said has been reflected by many recent events — pointedly noting the 2021 power outages in Texas during severe winter storms.

“We are used to record-breaking temperatures, maybe a day or two, more episodic, but this is an extended period,” he said. “As a consequence, it’s going to require us to extend our thinking and our imagination in terms of working together to keep people healthy.”

Temperatures are expected to soar past 100 degrees in the coming days, even in places such as downtown Los Angeles unaccustomed to such extreme heat this time of year. The state capital is bracing for a high of 110 degrees on Monday.

California’s Independent System Operator projected that the grid would see the highest demand of the year on Monday. It has already taken measures to avoid power going down and warned that it would likely ask the public to voluntarily conserve energy throughout the long weekend to avoid stressing the grid further.

Such warnings have become familiar to Californians in the heat of summer, and officials and energy experts say they could become more frequent as the state phases out natural gas-fired power plants in the transition to alternative fuels.