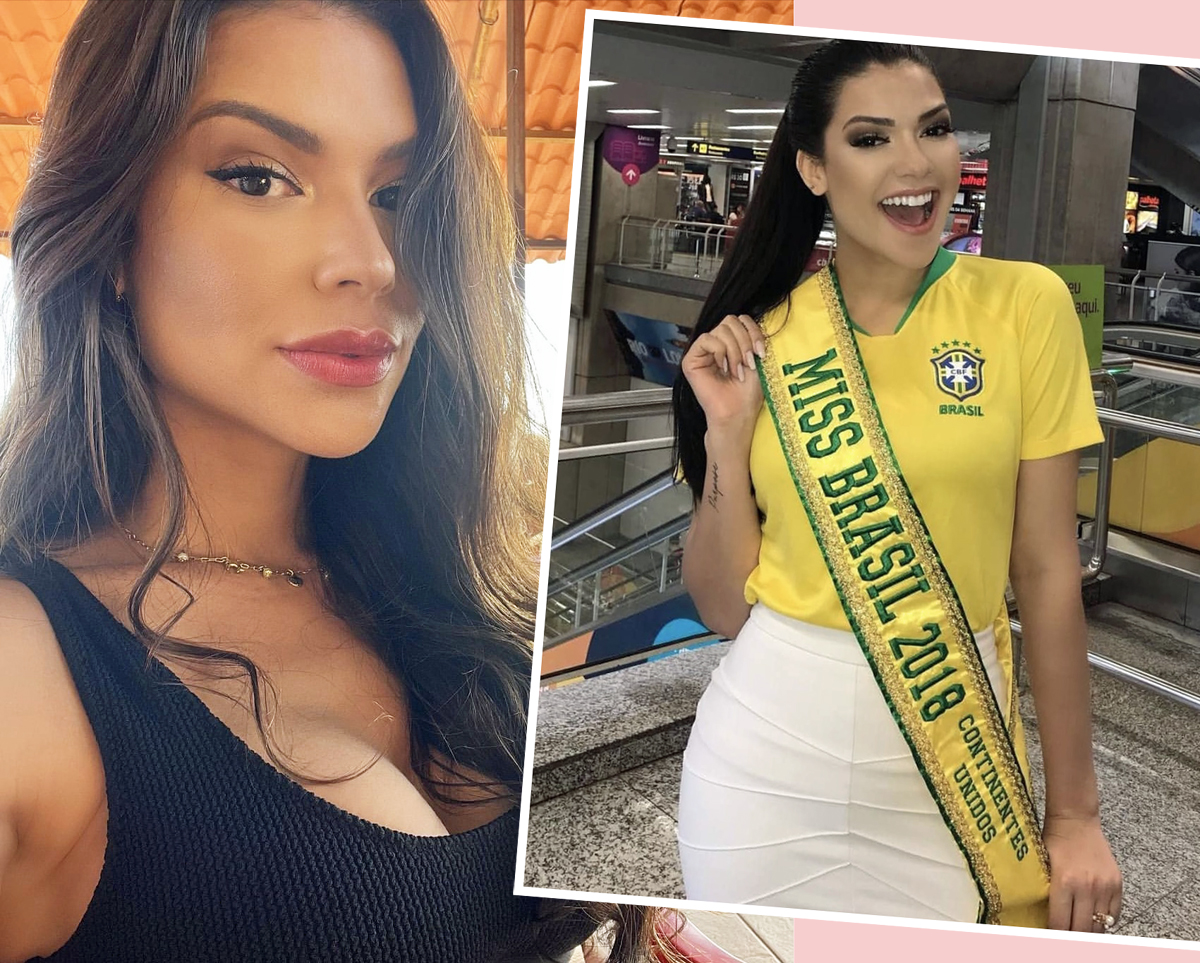 A Brazilian model and beauty pageant queen has tragically died at just 27 years old after what should have been a routine surgery! Gleycy Correia, who was crowned Miss United Continents Brazil in 2018, passed away on Monday after weeks at a Macaé hospital. This was two months after she fell into a coma following a procedure to have her tonsils removed in March.

A medical examiner from the Forensic Medicine Institute of Macaé is expected to perform an autopsy — and for good reason since the family reportedly thinks there was malpractice that led to her death!

Gleycy’s health issues began in late March when she went in for a routine surgery. The family’s priest Lidiane Alves Oliveira told The Mirror:

“She had surgery to remove her tonsils [in late March] and after five days at home, she had a hemorrhage. She went to [the local hospital] Unimed and had a cardiac arrest on April 4.”

Heartbreakingly, that was the last day anyone saw her awake since she went into a coma that she would never wake up from. Oliveira continued:

“Since then she was in a coma, with no neurological activity, and today she passed away.”

Pastor Jak Abreu, who knows her family, also took to social media to share his condolences. In his post, he stated that the model’s family believes medical malpractice during the tonsil operation led to this untimely death, The New York Post reported. He said in a tribute:

“God chose this day to collect our princess. We know that she will be greatly missed, but she will now be brightening the sky with her smile.”

He also added to those who had been praying for the pageant queen:

“To everyone who prayed, thank you very much. May the Lord reward every prayer of love and all these days together. She fulfilled her purpose and left her legacy of love in us. We ask for your prayers for the family and friends that the Holy Spirit may bring comfort in this difficult time.”

The young woman had more than 50k Instagram followers at the time of her death, many of whom had followed along with her health battle. Her account has been used by family and friends amid her medical emergency as they prayed for her alongside followers.

Ahead of this tragedy, she often posted about how proud she was to have come from a “humble” beginning, saying in one upload:

“I really wasn’t born in a golden cradle, I’m from a very humble family, but I’m so proud of it, really proud.”

She began working as an 8-year-old at a neighborhood beauty salon as a manicurist. As a teen, Gleycy went on to enter local beauty contests before she was crowned Miss United Continents Brazil as a 23-year-old. After that victory, she went on to work as a model and beautician specializing in permanent makeup, which she often posted about on social media.

The results of her autopsy are currently pending. It remains unclear whether or not her family plans to pursue legal action against the doctor who performed the surgery. For now, they are focused on saying their goodbyes at a burial service being held on Tuesday.

We are thinking of them in this tough time. R.I.P. Gleycy…

What Is Gaslighting and How Can You Avoid It?