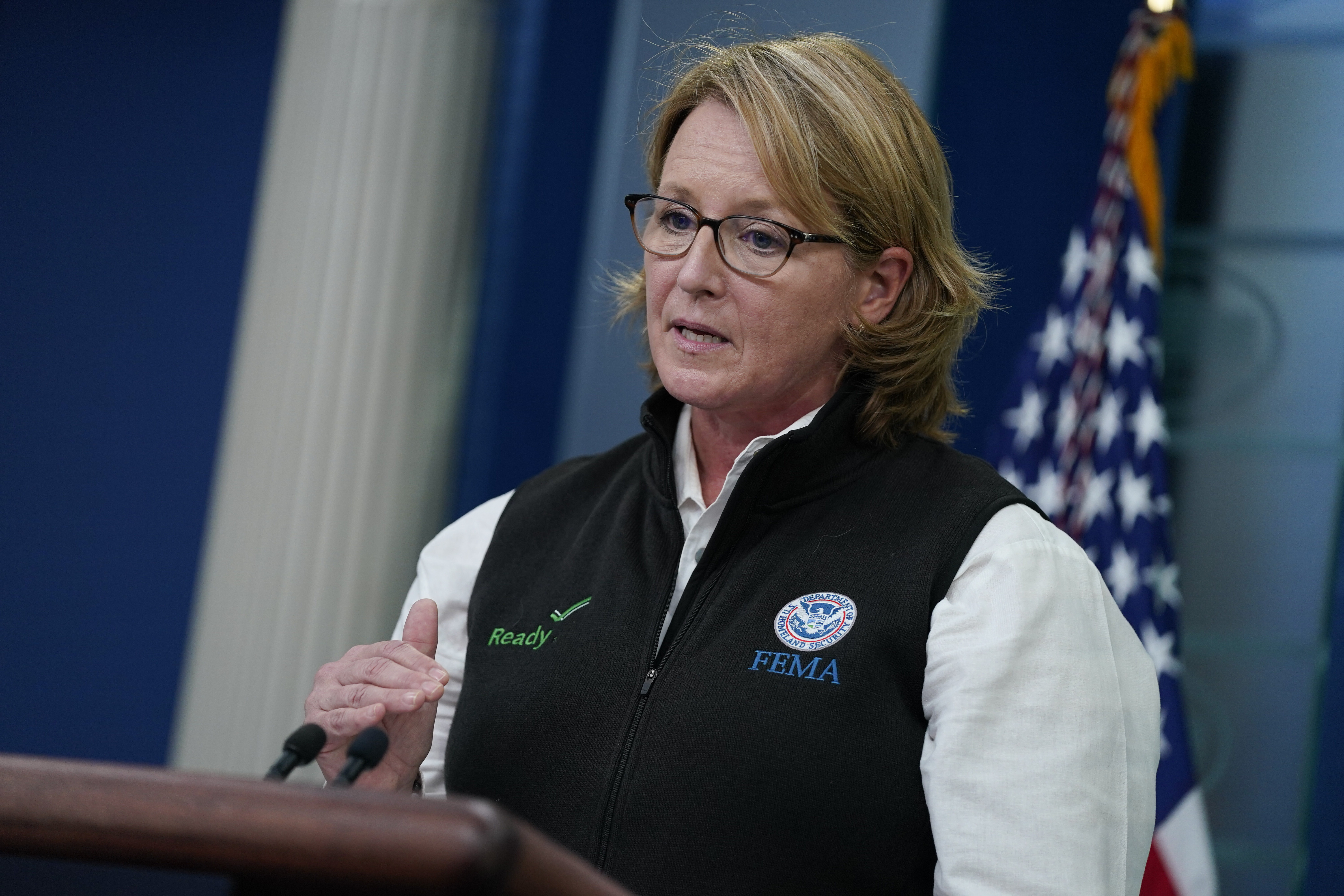 Hurricane Ian caused widespread flooding across the state of Florida, with some homes “still underwater,” Criswell said. The death toll grew to more than four dozen over the weekend. Many died in Florida from drowning.

Everyone should understand their risks for disaster, regardless of whether they live on the coast, inland or in “tornado alley,” Criswell said. Those rebuilding in Florida after Ian should also “make informed decisions about what their risk is” if they choose to rebuild in the same place.

In order to get insurance companies to do business in Florida, “you have to have stricter building codes … but then on top of that, you’ve got to make sure there’s no fraud,” Scott said.

North Carolina Gov. Roy Cooper, a Democrat, said he is pushing people in his state to get flood insurance.

“We know that particularly in these areas that are hit time and again that we’ve got to be more resilient,” Cooper said.

Mobile manufactured housing — which has been criticized as unsafe in areas prone to natural disasters — can be “good for people to make sure that they have an affordable place to live,” Cooper said, asked whether it should be banned.

“It’s sort of all of the above,” Scott said, asked about mobile manufactured housing on NBC’s “Meet the Press.”

Scott, a former governor of Florida, said he is concerned about costs because he “grew up in a poor family … You impact the poorest families every time you raise the cost of something. But you also want to keep people safe.”

It’s not impossible that Putin could use nuclear weapons, Austin says