Michigan board blocks certification of abortion rights ballot measure, throwing it to the courts 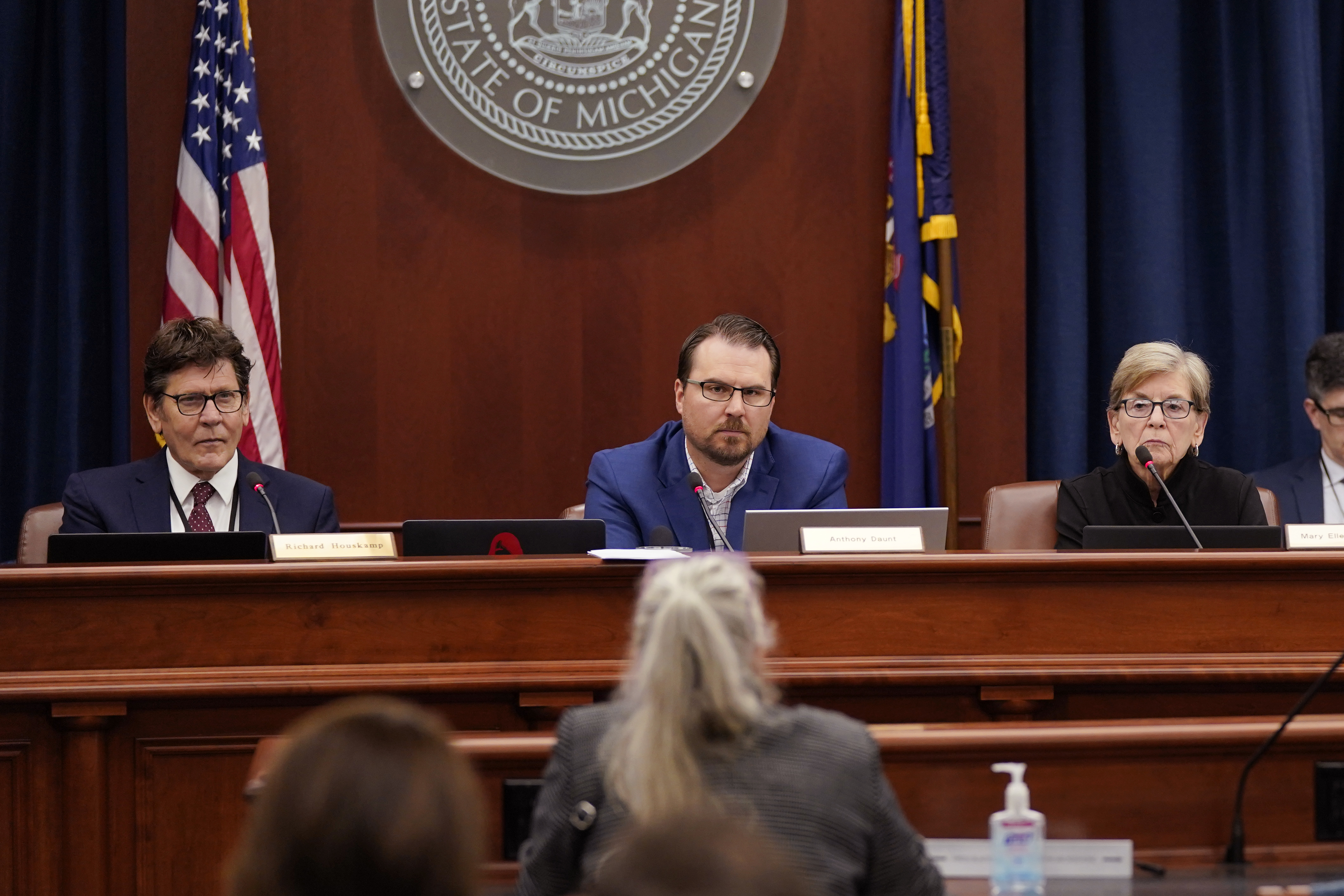 But following Wednesday’s vote, the groups supporting the amendment will have to petition the state’s Supreme Court on whether voters will be able to decide whether abortion remains legal in the swing state.

The board’s GOP members voted against approving the measure for the ballot after the anti-abortion group campaigning against the amendment, Citizens to Support MI Women and Children, argued that spacing and formatting errors in the text circulated to voters for their signatures rendered the effort invalid.

“Nonsense cannot be put into the Michigan constitution,” Eric Doster, the attorney for Citizens to Support MI Women and Children, argued on Wednesday. “Actual words are required.”

Earlier this month, the Bureau of Elections opted not to act on the challenge, saying it concerned an issue outside its purview, which is “whether there are sufficient signatures to warrant certification of the proposal.” But Republicans on the State Board of Canvassers felt otherwise.

“While the words are compressed, I think it’s easy to read. And 700,000 people also thought it was easy to read,” she said. “We simply have no authority to reject this petition based on challenges to the content. That is not within our purview.”

The vote throws into limbo whether Michigan will join a growing number of states where voters will determine to what extent abortion remains legal following the fall of Roe v. Wade — with votes scheduled for November in California, Vermont, Kentucky and Montana. Along with a slew of pending court cases and state legislative battles, these ballot initiatives have the potential to remake the country’s abortion access map as the number of states implementing near-total bans has mounted.

If the measure is ultimately placed on the ballot and Michigan voters approve it, it would insert permanent protections into the state’s constitution not only for abortion but also for other reproductive health services, including miscarriage management, birth control, prenatal care and in-vitro fertilization. It also would stop the state’s 1931 abortion ban from going back into effect should state courts uphold it in two pending cases involving lawsuits by Planned Parenthood and Democratic Gov. Gretchen Whitmer. The ban, which has no exemptions for rape or incest, remains blocked by a lower county court’s preliminary injunction.

Progressive activists in Michigan had planned a ballot initiative for years as they anticipated the fall of Roe v. Wade.

They officially kicked off at the beginning of 2022 — after oral arguments at the Supreme Court convinced many the fall of Roe v. Wade was only a matter of time. While the signature gathering started off slow, interest skyrocketed and tens of thousands of Michiganders volunteered to knock on doors after POLITICO published the draft court opinion overturning Roe at the beginning of May. When the Supreme Court ruling came down at the end of June, their campaign kicked into an even higher gear.

Now, pending court arguments on whether the measure will appear on the ballot at all, both sides are preparing for an intense and expensive campaign between now and November.

Michigan Right to Life has reserved nearly $16 million dollars worth of TV airtime for ads opposing the amendment. Michigan Reproductive Freedom for All is planning to open field offices across the state as early as this weekend and begin knocking on doors on Sept. 9.

Drake Is Getting Flirty With 90 Day Fiancé Star Chantel Everett!