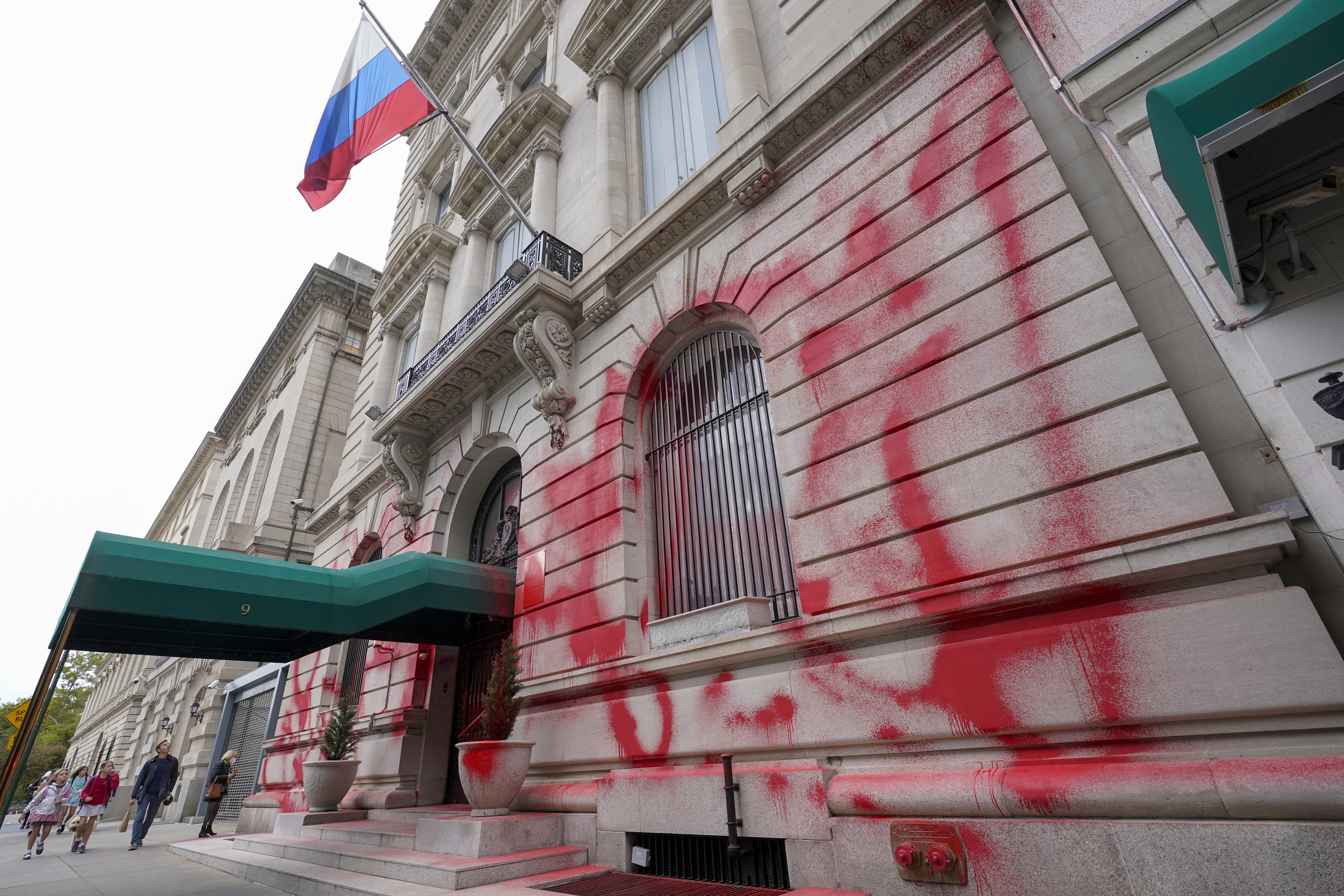 New York City police are investigating a possible bias incident after red paint was sprayed on the Russian Consulate.

Police received a 911 call around 1:30 a.m. Friday at the Upper East Side building and found that the facade of the consulate had been vandalized with red paint, according to police. There were no obvious words or symbols painted on the building.

As of Saturday, no arrests have been made, and the investigation remains ongoing, an NYPD spokesperson said.

Is Louis Tomlinson Friends With Zayn Malik Again? He Says…

OMG Lil Nas X Stopped A Concert To Go Poop – And Told Everyone About It!